My kids and I have had such a fun time with this product from Clued In Kids!

This is a great product to use with the kids. After all, what kid doesn’t enjoy going on a treasure hunt? The set up time for mom is super quick and simple, and then the kids just take off searching for their clues. Take a look at how easy this is here.

Clued In Kids was created by a mom who grew up in England, and becoming inspired by a British TV show “Treasure Hunt”, began creating treasure hunts for the children in her neighborhood. But, there is so much more to her story, and I encourage you to read about it here.

These treasure hunts are appealing to a wide variety of ages, with some being great for kids as young as age four, while others can be organized by older kids and adults to be done with younger kids. It truly DID only take me about five to ten minutes to get each one set up! My kids didn’t even notice me going around hiding the different clues, as they were involved in other things at the time. Then, I came in and said “Who is ready to go on a treasure hunt?” Do you know, they were all excited enough to even put away their electronic games! 🙂

I chose to have my boys work together on searching and figuring out the clues. I just really thought it would be better for them, and it was. They took turns reading the clues and filling in answers. There was one clue in the Happy Tummy hunt that involved coloring to be given the next clue, so for that one I printed four copies so they could each color their own.

Intently solving various clues after they found them . . . 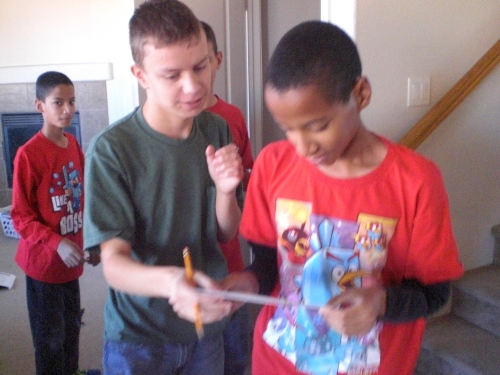 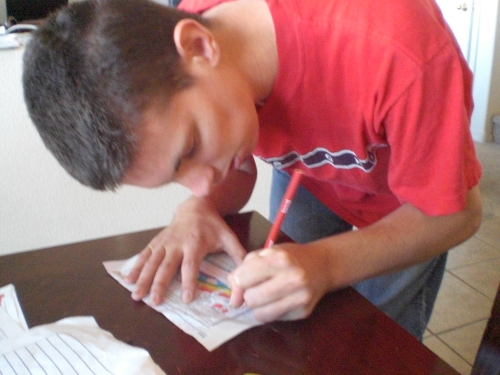 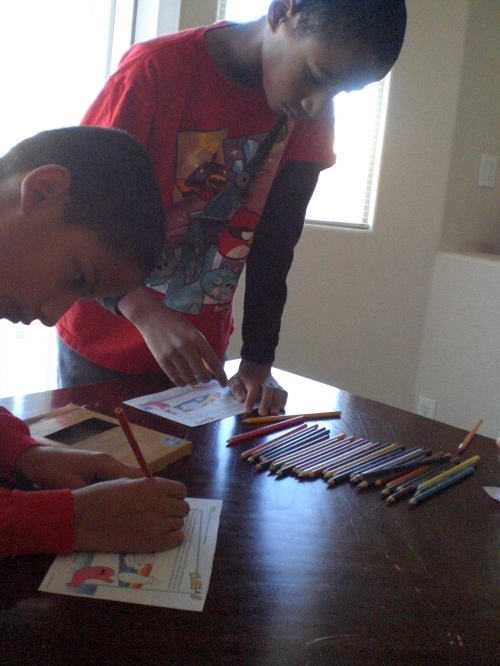 One of the things I really liked was the idea given for making alterations, if the answer to one clue (which led to the next clue) was something that doesn’t exist in your home. It was suggested to just hold back that clue and have them do a physical activity instead, and then give them the next clue. I chose to do something else. One clue had them unscramble the word “Bike” to discover where to find the next clue, but we don’t have any bikes. One of the kids has a Ripstick (a kind of skateboard) though, so I got them to unscramble that word, and that is where they found the next clue.

I think MY favorite part was when they were supposed to run around the house gobbling during the Thanksgiving Hunt. Instead, I had them run around in our court on our street, which you can see in the video below.

We really enjoyed Clued In Kids Treasure Hunts! They would be good for a party, a play date, or, as we used them, just for a fun time with your kids!

To check out Clued In Kids on their various social media, please look below:

95 crew members reviewed a variety of Clued In Kids treasure hunts, both pdf and physical versions. Please click on the banner below to read what they all thought!

As always, I’d just love it if you would join me on all of my “Journeys Through Life”! Just go to the “sign me up” button at the top of the blog, enter your email, and you will be notified whenever there is a new post. How easy is that! 🙂 Also, it would be lovely if you would go to our Facebook page and give it a “like”. I’d sure appreciate it if you did!