“The Force” is here!

As I told you all in a previous post, I am excited to be part of a launch team for the newest novel “The Force“, written by Alexandra and Joyce Swann.

Joyce and Alexandra Swann are mother and daughter. Joyce homeschooled her ten children from the first grade through master’s degrees. She is a well-known author and speaker on the subject of homeschooling. For nearly a decade she was a popular columnist for “Practical Homeschooling Magazine”. She now blogs regularly on parenting, homeschooling, and Christian lifestyle issues.

Joyce and Alexandra have co-authored two other novels, The Fourth Kingdom and The Twelfth Juror, both of which were published in 2010.

Joyce’s personal story of her experiences raising and educating her family is chronicled in Looking Backward: My Twenty-Five Years as a Homeschooling Mother, published in February of 2011. Her novel, The Warrior, which tells the story of one woman’s ten year prayer vigil for a man she has never met, was released in May of 2012. She is also the author of two children’s books, “Tales of Pig Isle” and “The McAloons”, which began as stories that she told to entertain her grandchildren.

Alexandra is the author of “No Regrets: How Homeschooling Earned me a Master’s Degree at Age Sixteen” and “Writing for Today”. She has been self-employed for over fourteen years and was the 2011 Chairwoman of the Board of the El Paso Hispanic Chamber of Commerce. She writes a regular blog, Paying for Protection, about the consequences of over-regulation and over-reaching government. Her novel “The Planner”, which is the prequel to “The Chosen”, was published in June of 2012.

When I posted before, it was to offer you a free download of the prequel called “The Fourth Kingdom. Today, I am very pleased to share with you that you can, for a short time, download “The Force” for Kindle, absolutely free! 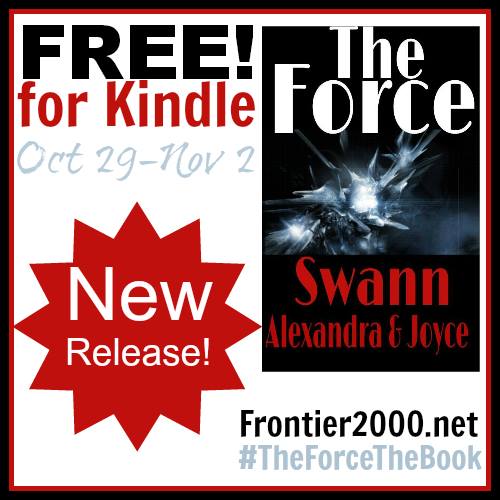 Someone is murdering the world’s most beautiful women—over and over and over. When Jarrod and Joshua Sinclair are called in to consult with the FBI about the Hollywood Starlet murders, they immediately suspect their old nemesis Josef Helmick of creating clones of famous women for a visiting Saudi prince. Wasting no time, they hire retired detective Fred Kowalski and send him to Dubai to uncover Josef’s base of operations and build a case against him for the murders. But Fred soon discovers that Helmick Enterprises is harboring a secret much darker than human trafficking. Fred must stop Helmick before he resurrects an ancient, diabolical Force in order to bring the entire human race under his control.

Just go here, and settle in for an exciting read! I just got my copy and am looking forward to thrilling read!

I am part of a launch team for the new book “The Force“, by home-school mother and daughter authors Joyce and Alexandra Swann.

I am excited to see more Christian, home-schooling moms writing books for us to read, especially when they are novels!

Before “The Force” is officially launched, you can read the prequel, titled “The Fourth Kingdom“, which is FREE this week on amazon.

Just click here to download your free copy for Kindle, this week only, and get up to speed on the story before the sequel is released later this month!

I will be posting more as the launch date approaches, along with reviews of both books, so stay tuned! 🙂

As always, I would love it if you join me on all of “My Journeys Through Life”! Just enter your email information into the “sign me up” button at the top of the blog and never miss another update!